Founded in 2006 by airline professionals, SolutionsAir has quickly become the premier provider of First Class charter and management for business and individuals in the Indianapolis area. Dedicated to providing local, knowledgeable and responsive aircraft management and charter, you deal directly with our Indianapolis-based staff, not some distant corporate office. Whether a last minute trip to meet a customer or a quick getaway, SolutionsAir fleet provides the highest level of efficient, safe and professional travel.

We are your private airline...flying on your schedule to one of 5000 airports near your destination without the hassle of parking garages, security and check in lines and 'cattle call' boarding. You board the aircraft within moments of arriving at the airport while enjoying valet parking, concierge service and secured departures.

Crystal Morrison, Operations Manager
An Airline Transport rated pilot and flight instructor, Crystal has been flying for over 18 years. A native Southerner, she flew in the charter, cargo, and corporate arenas of the Southeast. Over 20 years business experience as both a personnel and project manager, equips her to be our customers’ number one point of contact for all their charter needs.

Outside of the airport, Crystal’s passion for rescue animals takes the forefront. She is currently working towards certification as a therapy dog trainer to help combat PTSD in our returning veterans.

Jeff Kasting, Captain
A Purdue graduate of Aviation Technology, he went on to a flying career in the airlines, cargo, and corporate fields. He’s flown aircraft such as: Boeing 707, Beech 99, Saab 340, and Gulfstream II & IV. As a true team player always ready to embrace a culture of safety, he accomplished 9 years as an Aviation Maintenance Technician in the airline industry.

In his free time, Jeff can be found enjoying the great outdoors with his family. Simply mention camping or boating on Lake Monroe to Jeff and you’re guaranteed a smile.

Mark Fulnecky, Captain
Mark caught the aviation bug early with a flight in a Piper Cub at the old Shank Airport in Downtown Indy. From flight instructor to charter, corporate to commuter, and international airline captain on narrow and wide-body planes He’s been fortunate to fly some of the best planes man has produced including type ratings in a Jetstream 3100, Boeing 727, Lockheed L1011, and a Douglas DC10.

When not enjoying time with friends and family, Mark can be found flying is own ultralight.

Zach Grant, Captain
Zach is our Chief Pilot and has over 17000 hours of world-wide flight experience in all types of aircraft, from Piper Cubs to high performance jets. He’s accomplished 9 type ratings ranging from turbo props to wide-body jets. Zach comes to us with a wealth of safety, training, and management experience in the arenas of general aviation, the airlines, and the charter industry.

Phil Bafford, Captain
Having over 32 years experience as a pilot, Phil has logged over 8,400 flight hours spent in King Airs, Commanders, and the entire Cessna family–from a 172 to a Cessna Citation. Not only has he worn the hats of a Certified Flight Instructor, company chief pilot, corporate and charter pilot; but Phil also amassed 15 years’ as an Airframe & Powerplant mechanic.

Aside from aviation Phil loves his family, golf, Harley Davidson motorcycles, and Corvettes!

Rob Ventura, Captain
Starting at age 14, he now amassed over 15,000 flight hours in global operations covering everything from single engine planes to wide-body jets. Highly experienced, Rob holds 11 type ratings, was the B767 Technical Manager for a global US airline, and has held both ground and flight instructor positions on large transport category aircraft.

Besides a love of all things aviation, Rob has an appreciation for fine dining, fine wine, and travel.

J.C. Buehler
J.C. serves as the Director of Operations for SolutionsAir, which he co-founded in 2007. He currently serves as a captain and company Check Airman and has logged over 14,000 flight hours. His type ratings in a Cessna Citation, Westwind, B727, B737, and B757/767 come from a long career in aviation. He began flying in 1973, and went on to fly corporate and charter. From 1983-2007, J.C. flew for ATA Airlines where he served in various flight and management capacities. These included Captain on the B727, 757/767 and Check Airman on the B757.

When not working with Solutions or as a FAA Designated Pilot Examiner, J.C. serves as a reserve deputy with the Hamilton County Sheriff Department.

Tim Palma
A proud Indiana University Alum, Tim attended the Naval Aviation Officer Candidate School after college graduating first in his class, going on to fly the TA-4J Skyhawk and the FA-18 Hornet. A honored graduate of the Navy Fighter Weapons School (TOPGUN), Landing Signal Officers (LSO) school, and Navy Safety school—he flew over 40 combat sorties and amassed over 200 arrested landings during his active duty tour. After the military Tim spent 16 years with American Airlines typed in B57,767, and 777.

Tim specializes in aircraft sales and acquisitions. Solutions Air is fortunate to have him pioneer that division of our organization.

After graduating from Ball State University Chris accepted a Commission as an Officer in the United States Army where he comes to us with his Aviation background from flying UH-60 Black Hawks and over 12 years of service. Having most recently spent 2011 flying combat MEDEVAC missions in Afghanistan.Chris is a commercially rated instrument pilot and together with Tim form a powerful tandem that brings an incredible amount of detail, expertise, and professionalism to the sales and acquisitions arena for us.

Outside of the office Chris loves to snow ski and travel the world.

Employed by McClure Holdings Corporation for over twenty five years and currently serves as President. McClure Holdings Corporation employs over 500 employees and operates a retail and wholesale fuel distribution company, a trucking company and a tobacco and candy wholesale company. Kelly and has served on the Indiana Petroleum and Convenience Store Association (IPCA) board of directors for twelve years and most recently served as President from 2009–2011. Kelly was appointed as Indiana’s National Director to the Petroleum Marketers of America (PMAA) from 2011-2013. While she is not an aviator, Kelly brings a strong marketing and operations background to Solutions Air Charter. She volunteers with a variety of service organizations and is an avid sportswoman. Kelly is a native Hoosier and has resided in Indianapolis for over 30 years.

Chairman of McClure Holdings Corporation which was originally incorporated in 1901.  McClure Holdings encompasses a retail and wholesale fuel distribution company, a trucking company and a tobacco and candy wholesale company.  Ed currently serves as the Vice Chairman on the board of First Farmers Bank and Trust where he has been a board member since 1981.  Ed has been involved in aviation for over 50 years and is instrument rated with a multi-engine pilots license. He is a longtime and loyal attendee of the Indianapolis 500 and has an affinity for all things with fast engines which includes aircrafts, cars and boats. Ed is a native Hoosier and has resided in Indianapolis for over 25 years. 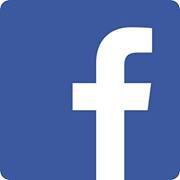